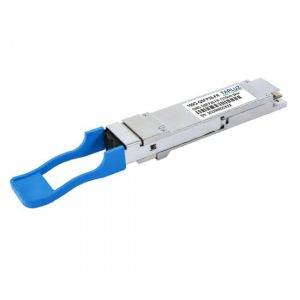 100G Single Lambda transceivers were defined by 100G Lambda MSA (100G Lambda Multi-Source Agreement). The MSA 100G MSA uses 100G PAM4 optical signaling and encoding it is able to use 100Gb/s per channel to transmit from 2m up to 40KM via single-mode fiber.

Advantages
The traditional 100Gb/s optical standards such as 100GBASE LR4, 100GBASE ER4, 100G ZR4, 100G CWDM4, 100G PSM4, etc. They rely on 25Gb/s optical lanes that align with 25Gb/s SERDES commonly used on ASICs for switching, routing, and transport applications. while for the 100G Single Lambda transceiver, it is Cost savings realized by reducing the number of optical lanes and increasing the speed from four times 25Gb/s per lane to a single lane of 100Gb/s. It has been recognized by the IEEE and the members of this MSA that a single optical lane of 100Gb/s can be at least 40% lower cost than four lanes of 25G.