Most fiber optic transceivers we are using in the WDM transmission system are with fixed wavelength, neither a CWDM or DWDM wavelength. It will result in a huge back system in the case a certain transceiver is broken. while a tunable DWDM transceiver is an idea solution for it since it is able to adjust the wavelengths according to the lambda requirement of the system.

TARLUZ offered a full line of DWDM Tunable Transceivers, it complies with C-band ITU DWDM Grid, it is offered in a default wavelength for transmission over 80km. The wavelength could be config. by some intelligent network devices. The transceivers can be used in various types of equipment such as switches, routers, and servers from different vendors. On all these products a warranty period of three years applies.

Tunable 10G XFP transceivers
TARLUZ 10GBase Tunable DWDM XFP Transceivers with LC fiber interface is specially designed for 10 Gigabit Ethernet (10GbE) or other high-speed applications of up to 11.3 gigabits per second. It complied with the Multi-Source 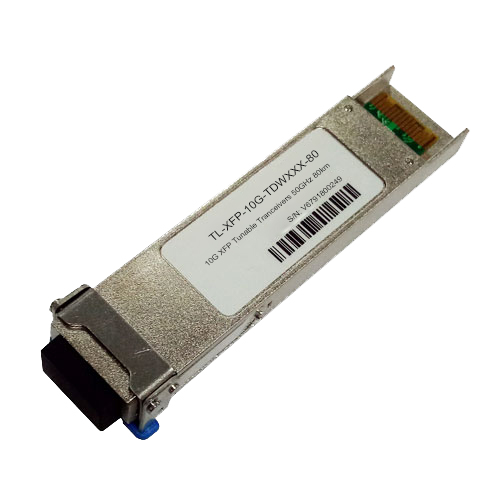